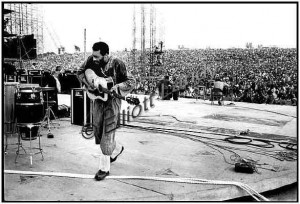 I am now a Motherless child. My Mother died December 22, 2010 in Lubbock Texas. She was sick with cancer for a long time but it doesn’t make it any easier to have lost her. She was as good a Mother as a child could ever have. She helped make me who I am today. She could do anything she had to. She never saw roadblocks. She was talented and creative. She loved music and art and crafts.

Her memorial service was held in Lubbock on January 15th, 2011. For most of her life she was a Ministers Wife. So she spent her life in service to others. Because my Mom and Dad were in a religion called “The Church of Christ”, there was only “Acapella” singing at the service. This is a core belief of ‘The Church of Christ”: No musical instruments in the church building. Acapella is Italian for “in the manner of the Chapel”. In the earliest known history of organized religion all singing was vocal only. They sang without instruments. It really can be quite beautiful. The vocal singing at my Mother’s service was not the best I’ve ever heard, but the feelings were very strong and very real. Here’s a list of the gospel songs that were sung at my Mom’s memorial service:

“How Beautiful Heaven must Be”

“In the Sweet By and By”

The service was a great tribute to an amazing person. My Mother had a difficult life and had to overcome a lot of adversity. Some of the things she had to overcome would have easily defeated the average person. Even though her life was hard, she always remained positive and always figured out how to move forward. She is an inspiration to me. I think it’s odd that she died on 12-22-10. It’s almost like a binary code. I’ve thought about translating the numbers into notes and building a musical composition from it. It makes for an interesting motif.

I spent the afternoon after the service with my family and my relatives. Later that night some of us went out to eat. It was a Saturday night and the restaurant was busy. We had to wait a long time for a table. By the time Pam and I got back to the hotel it was very late. I really needed to unwind so I made myself a Vodka Soda and turned on my i Pod. I have a running joke with my wife that the i Pod has mental telepathy and can read our thoughts and pick music that fits the moment. The very first song that played was “Hard Times (Who Knows Better Than I).” The performance was by Eric Clapton from the album “Journeyman.” The song was actually written and recorded by Ray Charles and Mitch Mitchell in 1961. (I’m not sure this is the same Mitch Mitchell that played drums in the Jimi Hendrix Experience. Does anybody out there know? Ray Charles got his musical start in Seattle Washington where Hendrix was born. Hmmm….) It sounds like it could be much, much older. Who knows? Here’s the lyrics and here’s the song covered by Eric Clapton:

Hard Times (Who Knows Better Than I?)

Talkin’ ’bout hard times
Lord those hard times
Who knows better than I?

Lord, one of these days
There’ll be no more sorrow
When I pass away

I talk to my friend Jim last night. He asked about my mom’s service. I told him all about it. I told the i Pod story. He had a much better explanation for the irony of the song choice the i Pod made. Jim said ‘It was just your Mother talking to you.” Thank you Jim.

Thank you Mom. I will always love you.

5 Responses to Sometimes I feel like a Motherless child…