Buckingham Nicks LP to be released on CD? Maybe… 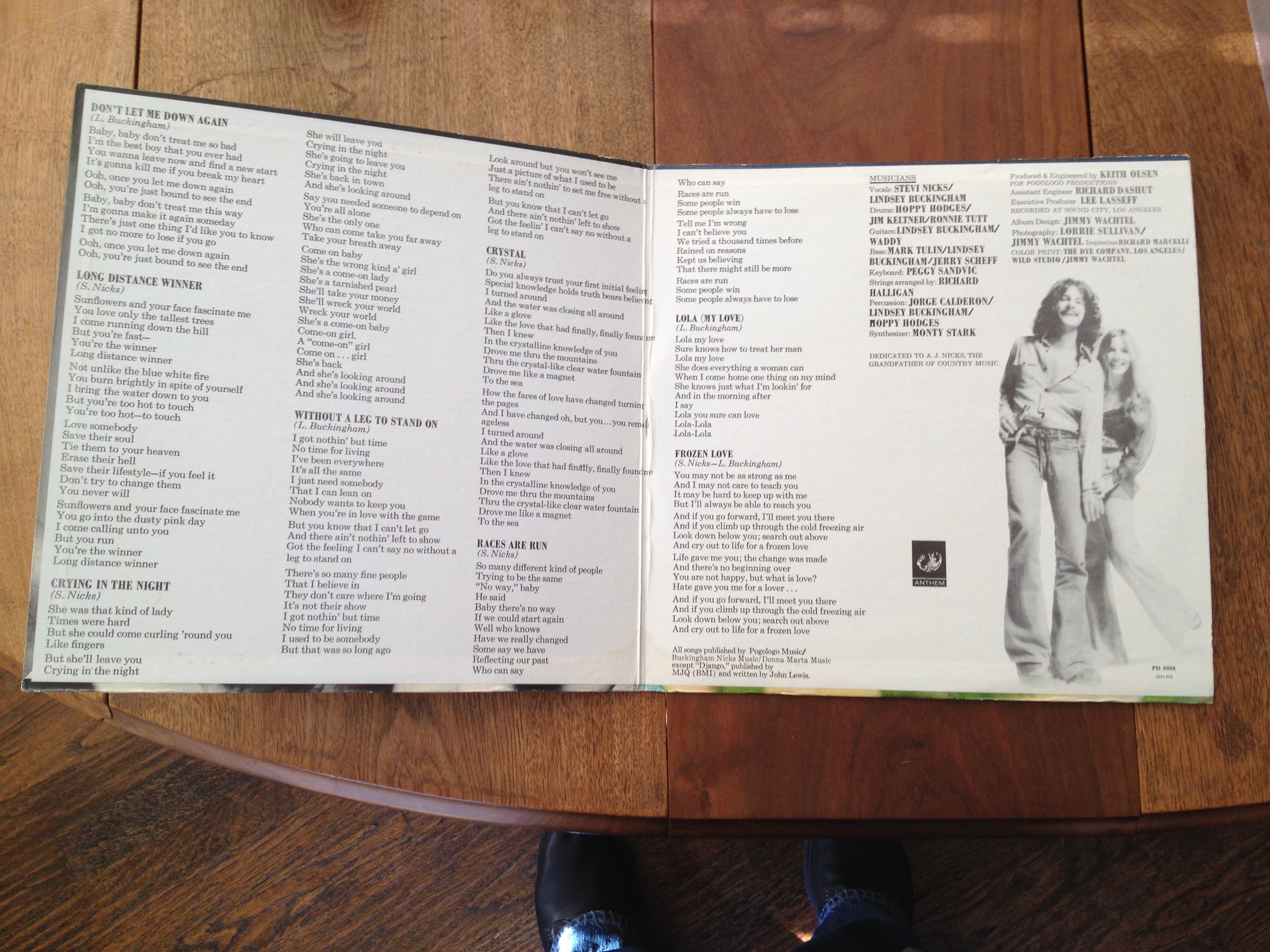 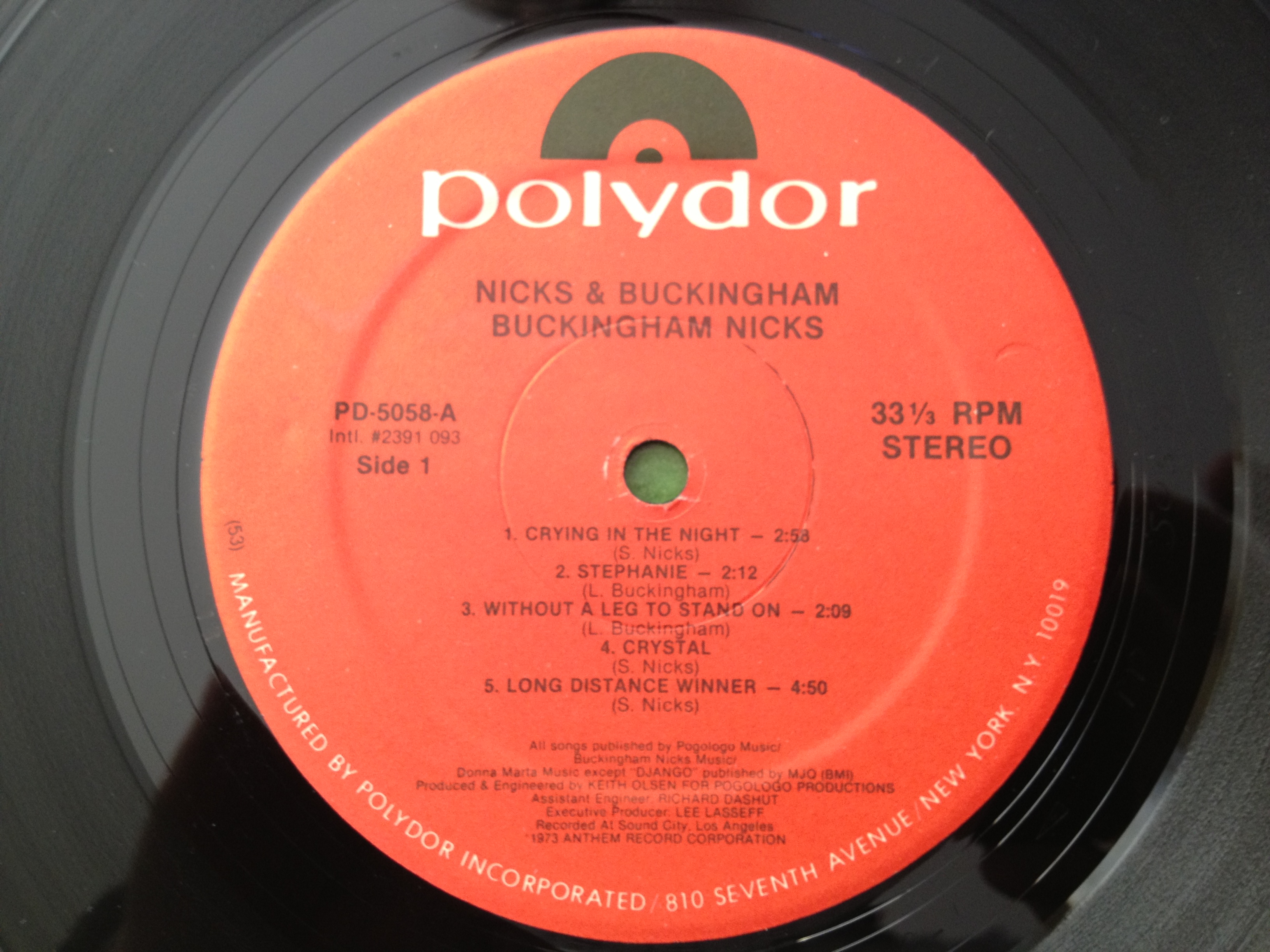 Label for side one of Buckingham Nicks 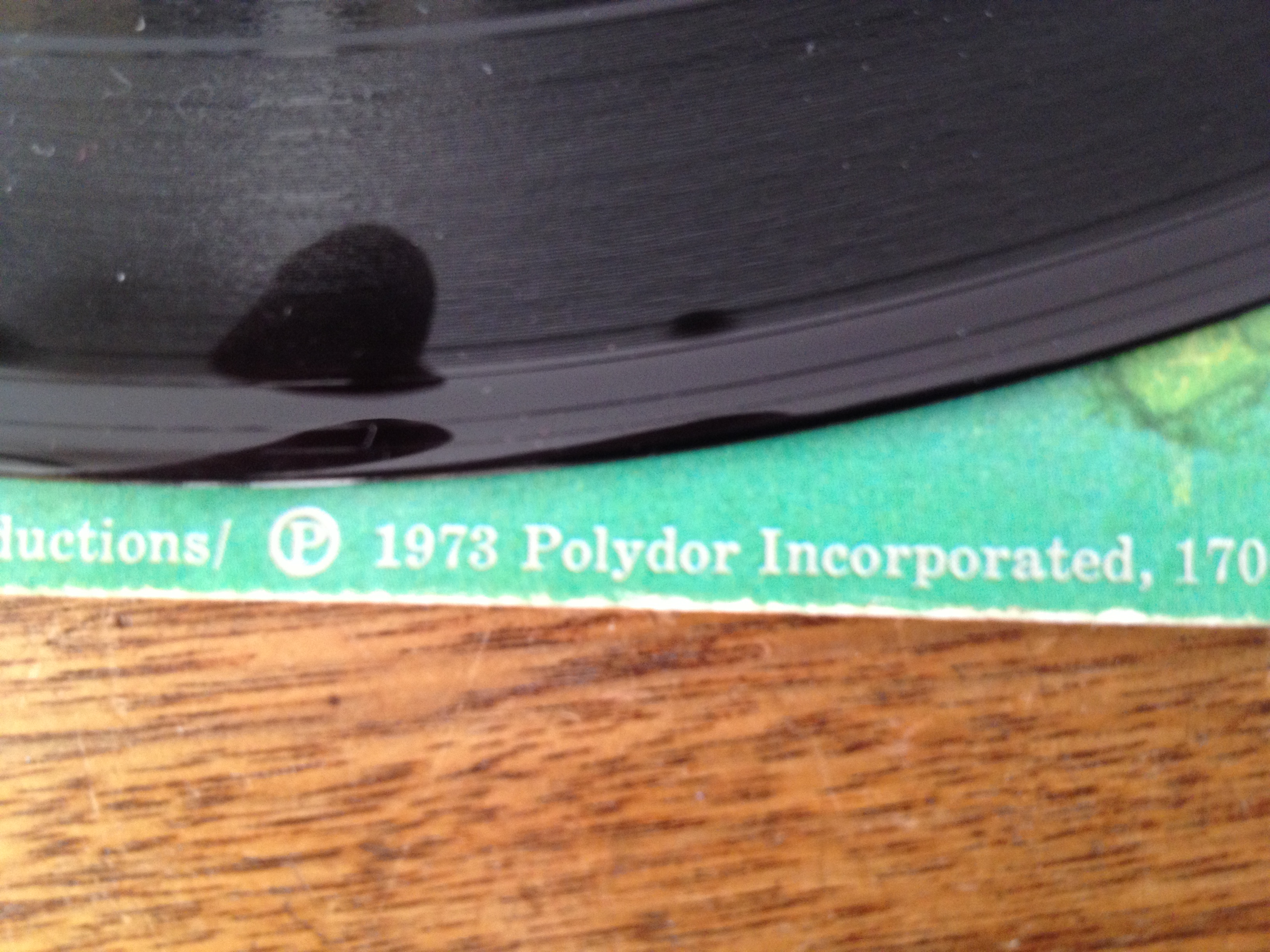 This is one of the best known of all unknown record albums! This is the album Lindsey Buckingham and Stevie Nicks made right before they joined Fleetwood Mac. This album is responsible for them becoming members of “the Mighty Mac”. That story will be part of this blog too.  One other side note on the record:  In the credits they misspelled Stevie’s name.  It’s spelled Stevi…

Stevie Nicks and Lindsey Buckingham made this record after breaking up their current band Fritz.  It was a tough decision for them because they had become so close to their fellow band members.  Tension had built up in the band because Stevie Nicks was getting more and more of  the attention at their live shows.  By the way, Fritz must have been a pretty good band.  They opened shows for Janis Joplin, Jimi Hendrix, Credence Clearwater Revival, and even Santana.  But Polydor records was calling and they had to grab the brass ring while they could.  They had no idea how the course of their lives had just changed.  They thought they’d make this record, do a tour (possibly using some of the members of Fritz) and then pick up where they had left off.  And that is what very likely should have happened.

Stevie and Lindsey were romantically involved at this time.  They were also dirt poor. The two of them were waiting tables and getting any side gig they could during the recording of this record.  Money got so tight that at one point the producer, Keith Olsen, had to let them move in with him.  Then something amazing happened.

Fleetwood Mac was in the midst of another major personnel change.  Bob Welch and another band member had left the band leaving Mic and John and Christine McVie.  Mic Fleetwood flew to California in search of a studio to record their next album and one or two new band members.  He walked into Sound City Studio where Stevie and Lindsey were recording their new album.  The first song he heard was Frozen Love.  This song features the great guitar work of Lindsey Buckingham.  The song is over seven minutes long and a tour de force rock song.  Mic immediately asked Lindsey to join  the band.  Fleetwood was very disappointed to learn that it was a package deal.  Lindsey said it was both of them or none of them.  The negotiations went on for some time but in the end Lindsey won out and the rest is history.

Then there is the album cover.  Stevie and Lindsey both topless.  Stevie hates this album cover.  When the photo shoot was coming up she took her last $100 and went out and bought a very cool blouse that she thought the photographer would love.  He took several photos of them and then suggested the topless picture.  After a tremendous amount of persuading she agreed to do it.  She still thought they would end up using a photo of her in her blouse.  So another reason to find and buy this record is you  get a topless picture of Stevie Nicks.  She never did anything close to this ever again…

Crying In The Night

This song was written by Stevie Nicks.  Tell me this doesn’t sound like Fleetwood Mac.  This song could have been on any of the records they made with Lindsey and Stevie.  This is just a great song!  How did this not become a hit?  The one thing we know is that Polydor really screwed up on the promotion of this great record.

Without A Leg To Stand On

Once again this song (written by Lindsey Buckingham) sounds like it belongs on a Fleetwood Mac album.  If you heard this song on the radio you would say “Hey that’s a new song from Fleetwood Mac!”  It kind of has an “Empire State” feel to it from the “Mirage” album.

This song was written by Stevie Nicks.  This song actually did end up on the first Fleetwood Mac album they made.  Great harmonies in the chorus.  It’s just a beautiful song.

This is one of my favorite songs on the album.  It’s a great song to close side one and really makes you want to turn the record over and hear side two.  This art of arranging the order of songs has largely disappeared in the age of digital music.  It was crucial during the age of vinyl…Lindsey’s guitar playing is fantastic!  By the way, the other musicians are studs too.  The session musicians featured Jim Keltner on drums, Jerry Scheff on bass, and the amazing Waddy Watchtel on guitar.  The lead guitar work by Lindsey is exactly the same great driving guitar sound that made so many hits for Fleetwood Mac. The song was written by Stevie Nicks

Don’t Let me Down Again

This is the other instrumental on the album.  It is written by John Lewis.  John Lewis was the pianist for The Modern Jazz Quartet.   The music is a tribute to the great Brazilian Jazz guitarist Django Reinhardt.  Many guitarist will tell you that Django was the greatest guitarist who ever lived.  He had two paralyzed fingers and played all of his guitar solo’s with two fingers. You can imagine why Lindsey might want to put a tune on the album like this.  This is beautiful guitar playing by Lindsey Buckingham.

This song was written by Stevie Nicks and it is absolutely beautiful.  I love the way Lindsey slides down the neck of the guitar to get the song going. The harmonies in the chorus are awesome.  This could have easily been on any Fleetwood Mac album. The acoustic guitar solo in the middle of the song is sublime.  The song fades out leaving you wishing that this song was longer.

This song was written by Lindsey Buckingham.  When the song starts it almost can fool you into thinking that “The Chain” is being played. It has that banjo sound to the guitar.  This is the weakest song on the album, but it’s still a good song.  It certainly can’t be lumped into the category of “filler”.

This song was written by Stevie Nicks and Lindsey Buckingham.  If you liked the  Buckingham Nicks Line up of Fleetwood Mac, then  you can thank this song for all the hits that followed. This is the song that Mic Fleetwood heard that caused the merger of the two bands.  This song is a powerful coda to the album.  It makes you wonder what would have happened if they had stayed on their own instead of joining Fleetwood Mac.  You can hear the root of everything that Fleetwood Mac went on to become in this last 7 minutes of great rock music.  The song starts out quietly and builds and builds…  I really enjoy the duel lead guitar sound in this song.  Stevie’s voice is powerful and emotional.

So this year is the 40th anniversary of Buckingham Nicks.  Fleetwood Mac is out on tour again (minus Christie McVie this time…) and it seems that every time they put out a new record or go on tour the subject of this record comes up.  Stevie and Lindsey both said in interviews in December of 2012 that they would like to see a 40th anniversary edition of the album released. They have both said they would write new songs for it.  They both said there are outtakes that could be included.  We have heard it all before.  The time has come.  The time is now.  And Lindsey and Stevie… If you do reissue this LP on CD please be sure to also put it out on vinyl…

I taught myself how to play the piano and read music when I was 9 years old. I've been been consumed by music ever since. I majored in Piano performance in College and I still play, although not as well as when I had time to practice 4 -6 hours per day. This blog is about music. Music is the sound track of our lives. All it take is one song, one composition; and we are transported across time and space. I think it was Beethoven that said: "Music is the landscape of the soul."
View all posts by John →
This entry was posted in Rock Music, Vinyl and tagged Bob Welch, Christine McVie, Django, Fleetwood Mac, Fritz, Jerry Scheff, Jim Keltner, John Lewis, John McVie, Keith Olsen, Lindsey Buckingham, Mic Fleetwood, Modern Jazz Quartet, Sound City Studio, Stevie Nicks, Waddy Watchtel. Bookmark the permalink.

3 Responses to Buckingham Nicks LP to be released on CD? Maybe…