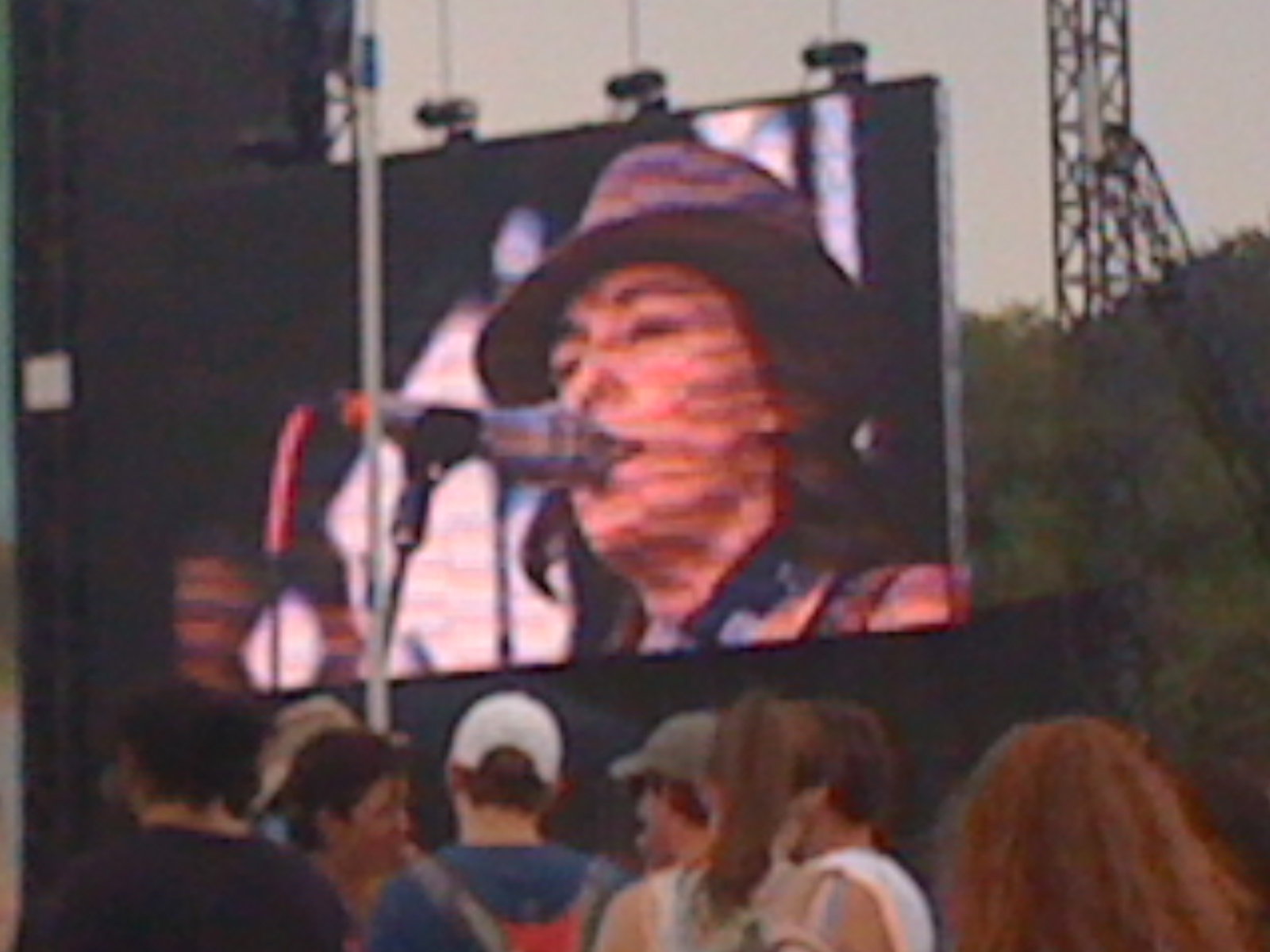 Austin City Limits Music Festival is an extremely well run event.  We are a little late getting to the event but that was our own fault.  As we walked in to the front gate “Asleep at the Wheel” was already performing on the AMD stage.  I guess it’s in my Texas blood, but I really love Texas Swing.  This is original Texas music invented in Texas  by the great Bob Wills.  We watched half their set and they were awesome.  We didn’t want to miss another band that overlapped ASW so moved over to the BMI stage to catch ha-Ha Tonka.

It rained on us during the ha-Ha Tonka set.  People were dancing and laughing because they were so glad to see rain in Central Texas!  It has been a long hot summer!

The bands I saw yesterday are as follows:

ha-Ha Tonka was a mandolin driven country rock band.  More rock than country.  They had a great positive vibe to their music.  Wild Beast was Spacey, they had a great lead singer.  Their sound was almost spooky.  It was a layered synthesizer sound. Moody, with falsetto vocals and a hint of The Killers.   They were from England.  Brandi Carlile is from Seattle Washington.  She has an awesome country rock band!  She is a very charismatic performer.  They played an awesome set.  Next was the very strange and weird James Blake.  I don’t know what to say about him. Dubb Step? Sub Dubb?  Rub-a-dub?  Who knows?  total club music.  The sound system was amazing.  You could here the sound spinning around you like a Pink Floyd show.  Ray LaMontagne put on a great show that everyone wanted to be at, but no one wanted to listen to.  Great artist in the wrong venue.  I’d love to see him in a small hall where you could really enjoy the subtle intricacy of his music.  Cold War Kids were the surprise of the day to me.    They totally Rocked!!! They also had a cool funk edge to their sound that really gets under your skin.  They had lots of fans there and they only have two records out.  I predict big things from Cold War Kids.  Bright Eyes seized the stage the moment they came out and just relentlessly burned the house down.  Their set can only be described as searing.  Wow!  What a band!  Last but far from least Cold Play was just awesome!  They just make you feel good.  A huge crowd singing and dancing full of happiness.  The world could use a little more positive vibe today.  Their sound was amazing and the light show was mind boggling.  My piano teacher used to tell me that a sound wave traveled into space forever once you released it into your universe.  In the case of Cold Play, I hope they keep sending those positive vibes out for a long, long time to come…

I taught myself how to play the piano and read music when I was 9 years old. I've been been consumed by music ever since. I majored in Piano performance in College and I still play, although not as well as when I had time to practice 4 -6 hours per day. This blog is about music. Music is the sound track of our lives. All it take is one song, one composition; and we are transported across time and space. I think it was Beethoven that said: "Music is the landscape of the soul."
View all posts by John →
This entry was posted in Life Events, Live Performance Reviews and tagged Asleep at the Wheel, Austin City Limits Music Festival, Brandi Carlile, Bright Eyes, Cold Play, Cold War Kids, ha-Ha Tonka, James Blake, Ray LaMontange, Wild Beasts. Bookmark the permalink.