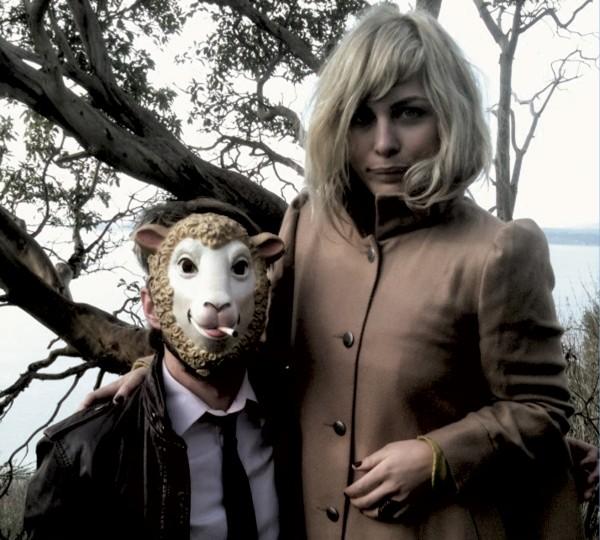 I was going to get back to recording and posting about vinyl but this CD would not leave me alone. It has ingrained itself into my psyche. Quite frankly, it has been a very long time since I’ve heard a CD that I could not quit listening to. I listen to this CD constantly.  I have to share it with cyberspace.  I saw this band at Austin City Limits Music Festival.  They were one of the highlights of the 3 day event. Although The Head and the Heart was formed in Seattle Washington in 2009, most of the members are transplants from California and Virginia. The band has three main singers:  Josiah Johnson, Jonathan Russel, and Charity Rose Thielen.  Jonathan and Josiah play guitar, sing, and play percussion.  Charity sings, plays percussion, and violin.  The other members are Chris Zache (Bass), Kenny Hensley (Piano) and Tyler Williams (Drums and Percussion). As you will hear, the band is piano driven and three part harmony driven.  The blending of Josiah, Jonathan, and Charity is pure magic.  This band is pulling off what other bands all over the country are aspiring to.  That being the marrying of folk, rock, and country into a true Americana sound.  Other bands like Bright Eyes, and Monsters of Folk may be getting more press but no one is accomplishing anything remotely as good as The Head and the Heart. The CD is on Sub Pop Records.  The label made famous for it’s role in creating the “Seattle Grunge Sound”  with bands like Nirvana, Soundgarden, and Mudhoney.  As great as this CD is, this band is even better in concert.  (See my review of their appearance at Austin City Limits Music Festival 2011.)  ACL has released 3 YouTube videos of their performance at the festival, so I am going to include them in this blog.  I think you will really enjoy getting a flavor for what The Head and the Heart are like in concert.  So “Pump up the volume” and get ready to dance, sing along, and drum on your table your your knees or what ever else you can find to bang on; because this music is irresistible!

1.  Cats and Dogs:  This first song is very short and acts as a prelude to everything you are going to hear.  I love the part where Josiah sings ““Fallin’ from the sky, there are raindrops in my eyes, and my thoughts are digging in the back yard.  My roots have grown but I don’t know where they are…”  All the elements of folk are here.  A simple topic, cats and dogs, a mouse in the house.  As the song nears it’s close it surprisingly and effectively switches from 4/4 time to triple time then ends suddenly.  If you’re not paying attention you will think that the next song is still part of the first song.

2.  Coeur D’ Alene:  Coeur is the french word for Heart.  This piano driven song has a “Martha my Dear…” feel to it.  It has a Beatle feel to it.  I love the “La da da” chorus.  The luxury of having three singers is exploited very well in this song.  As one singer finishes a line another singer will start a line over the last word of the other singer.  This creates a dramatic effect at the end of the La da da chorus when the vocal “Messes that I haven’t tried to clean up in a while …” overlaps the last …da

3.  Ghosts:  This is another song about leaving home and blazing your own trail.  “When Mary moved all her shit to Chicago, her Mother made sure she took her Bible.  But you won’t see her face on Sundays…”  Again this song has a very catchy “du,du, du, du, du, du, du…” chorus.  I love the refrain “One day we’ll all be ghosts, tripping around someone else’s house.  Once day  we’ll all be ghosts, ghosts, ghosts…”  Then the du,du, du’s change to “Ba Dap, ba dap, ba, ba, da, da…” This is also kind of Beatle sounding somehow.  There was a time in rock history that they believed if you had a da, da type chorus it was a guaranteed hit.  This song should be all over the radio.  It is infectious and catchy…

4.  Down in the Valley:  Starting with this song the CD really begins to soar.  This is a great song.  It starts out simply with Josiah singing with just a guitar “I wish I was a slave to an age old trade.  Like ridin’ around on rail cars and workin’ long days.  Lord have mercy on my rough and rowdy ways.”  This song is full of yearning, regret and the desire to start over.  He sings in falsetto and then Charity joins him at the octave.  Their voices blend perfectly.  The song builds and builds until it becomes a tidal wave of emotion.  Then the song ends quietly just as it begun.  But the song is now in your memory bank and is unforgettable.  It will stay with you for a long, long  time.  This is also a staple of their live shows.  Listen to the song and then watch the video from ACL 2011.

5.  Rivers and Roads:  This is the song that The Head and the Heart always end their live shows with.  Here they are a brand new band and they already have a traditional end er.  It took the Rolling Stones years to get to the point where they had a song that they traditionally ended their shows with! (Jumpin’ Jack Flash)  After you hear this song you will understand why they end their shows with it.  This song underscores the need for more featured vocals from the only woman in the band Charity Thielen.  Listen to what she does in the live performance at ACL.  She sings like a woman possessed.  She is frenetic.  It blew me and the crowd away.  This is a show stopper!

7.  Lost in my Mind:  This is their hit.  This song just makes you want to sing along and dance your ass off.  Which is exactly what happens in the video at ACL.  A group of people got on stage and danced with the band during the song.  If you watch carefully in the video you can tell the band is totally surprised but they go right along with it and have a blast with their fans.  After the song was over Charity asked Jonathan: “Who were they? ” Jonathan says: “I have no idea”  Charity asks “Where did they come from” Jonathan says: “I don’t know, but that was a lot of fun!”

8.  Winter Song:  This is a folk song that any folk singer would have loved to have written.  This song also highlights the point made earlier that the band needs to give Charity more opportunity to feature her unique vocals.

9.  Sounds Like Hallelujah:  This is a beautiful song that almost becomes a prayer.  From the count off that starts the song to the beautiful finale this song has heart.  I love how the song changes meter in the middle with the “mama don’t put that gun in my hand..”   refrain then it switches to the Hallelujah chorus…

10.  Heaven Go Easy On Me:  Just when you think that a CD could not possibly have anymore great moments this CD stuns you with an unbelievable final song.  The singer talks about the wind blowing through your window and your front yard and the music gives you that feeling of the breeze blowing through your window.  The leads singers tells the listener “Don’t follow your head, follow your heart…” Then the singers begs “Heaven go easy on me…”  The song would be fairly normal but just as the CD starts with a Prelude (Cats and Dogs) it ends with a truly incredible Coda.  The piano begins a repetitive motif and the guitar begins to strum and the magic happens. “It’s damn good to have met you.  I hope that you’ll stay.  We’re well on our way, we’re well on our way…”  The band takes full advantage of having three great singers as they layer three lines over each other, each singing different lyrics at the same time.  The effect is magic.  “All these things go rushing by…” While another sings “We’re well on our way…” and then the last singer sings “All things must end daring…”  the singers fade away one at a time until all we hear is Charity’s violin and a cello in a beautiful string quartet for the end of time. The CD ends and I just start it over again.

Bottom line?  Go out and buy this CD now!  The new Seattle sound is Folk Rock.  Check out Fleet Foxes as well.  Don’t miss them when the play David Letterman on October 28th.  You won’t be disappointed.  Personally I love this Americana sounding music and of all the bands that pursue this style of music, The Head and the Heart affect my Head and my Heart!