Let’s give it to ’em right now!! The Inside Story of Louie, Louie… 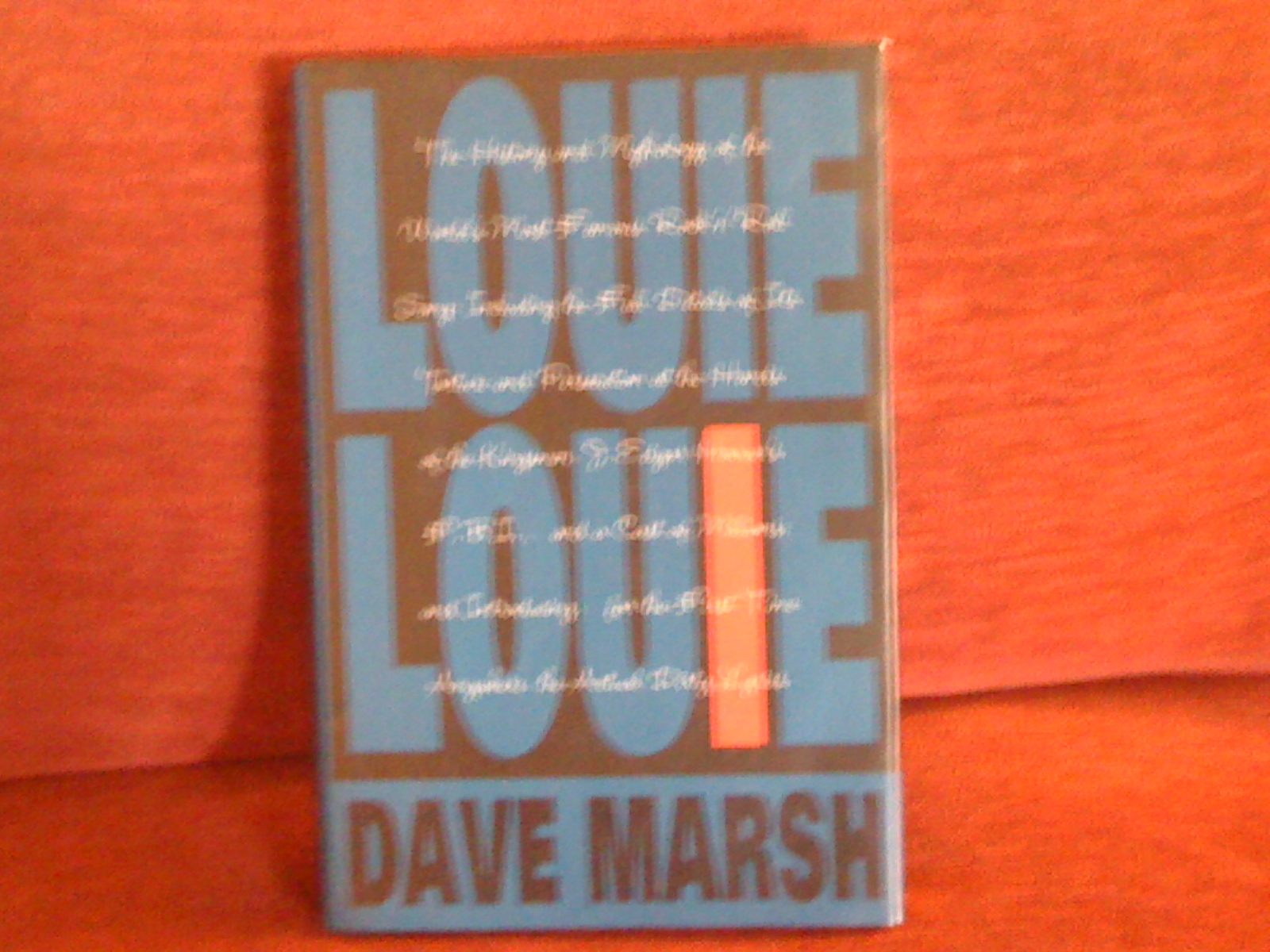 This is a truly great book about rock and roll. The sub-title of the book is as follows: “The History and Mythology of the World’s Most Famous Rock’n’Roll Song; Including the Full Details of Its Torture and Persecution at the Hands of the Kingsmen, J. Edgar Hoover’s F.B.I., and a Cast of Millions; and Introducing, for the First Time Anywhere, the Actual Dirty Lyrics” Isn’t that intriguing?  You bet it is!

I was totally surprised by this book.  I thought it was going to be some kind of light, funny take on the history of “Louie, Louie”.  This is a serious and scholarly look at the song and it’s significance.  That’s not to say that the book isn’t entertaining as well, because IT IS!  This book will make you laugh and make you think.

First of all, The Kingsmen did not write Louie, Louie.   A great soul singer from L.A.  named Richard Berry wrote the song.  He had a reasonable amount of success with it at first.  His story is a subject all by itself.  Paul Revere and the Raiders released a version of the song within days of The Kingsmen.  Their versions fought it out on the radio for weeks, but The Kingsmen ultimately won.  Why?, well that’s why you should read the book.  Well, that reason and because you want to know what the dirty lyrics are, right?  Dave Marsh makes a great case for Louie, Louie being the greatest Rock’n’Roll song of all time.  There are now over 3,000 version of Louie, Louie.  There is an annual Louie, Louie radio marathon called “Maximum Louie, Louie”.  Maximum Louie, Louie is held every April 11th and they play every known version of Louie, Louie.    There is a web site where you can report any new versions that you know of.  He also makes amazing connections between the primal scream of “Let’s give it to ’em right now!” and Kurt Cobain and the   birth of Grunge or The Seattle Sound.  After all, the Kingsmen were from Portland Oregon.  The F.B.I. spent more time and money investigating the song  than they did investigating John Lennon.       J. Edgar Hoover finally decided that the lyrics were indecipherable.  Ain’t Rock’n’Roll Grand!  There are so many fascinating stories in this book that I can’t share them.  Suffice to say the book is worth the time you will invest in reading it.  I strongly recommend it.  As for me?  “…we gotta go now!”

I taught myself how to play the piano and read music when I was 9 years old. I've been been consumed by music ever since. I majored in Piano performance in College and I still play, although not as well as when I had time to practice 4 -6 hours per day. This blog is about music. Music is the sound track of our lives. All it take is one song, one composition; and we are transported across time and space. I think it was Beethoven that said: "Music is the landscape of the soul."
View all posts by John →
This entry was posted in Books I recommend, Rock Music and tagged Dave Marsh, J. Edgar Hoover, John Lennon, Kurt Coban, Louie Louie, Maximum Louie Louie, Paul Revere and the Raiders, Richard Berry, Seattle Grunge Sound, Seattle Sound, The F.B.I., The Kingsmen. Bookmark the permalink.

3 Responses to Let’s give it to ’em right now!! The Inside Story of Louie, Louie…