Guns and Roses??? Really, Rock and Roll Hall of Fame? 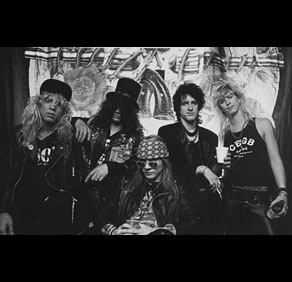 The 2012 inductees to the Rock and Roll Hall of Fame were announced recently.

The concert and induction ceremony is scheduled for April 5 -14th in Cleveland, Ohio. 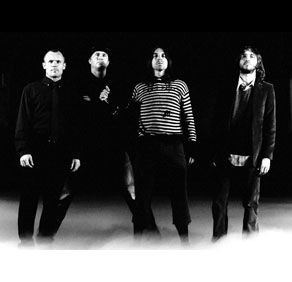 and the great Freddie King.

There were several other worthy inductees as well that I am choosing not to mention at this time.  The criteria the Hall of Fame uses is very broad and subjective.  Basically, they can induct who ever they want to.  He is the verbatim quote from the Hall of Fame’s own site:

To be eligible for induction as an artist (as a performer, composer, or musician) into the Rock and Roll Hall of Fame, the artist must have released a record, in the generally accepted sense of that phrase, at least 25 years prior to the year of induction; and have demonstrated unquestionable musical excellence.  We shall consider factors such as an artist’s musical influence on other artists, length and depth of career and the body of work, innovation and superiority in style and technique, but musical excellence shall be the essential qualification of induction.

So here’s my opinion.  Guns-n-Roses is not worthy of the Hall of Fame.  They formed in 1987 and broke up in 1994.  Their lead guitar player, Slash,  has reformed the band with new members including a new lead singer.  They put out 2 really good recordings; Appetite for Destruction, and Use Your Illusions I & II.  The Hall praised them as “The Rolling Stones of their time…”  You have got to be kidding me!  I saw GNR twice.  The first time I saw them the opened for Arrowsmith.  They were awesome and I really enjoyed their show.  The second time I saw them was in Texas Stadium at an all day Rock Concert.  The headliner was INXS.  GNR went on right before INXS.  They made it through about three songs.  Axle Rose, their lead singer, started kicking INXS’s equipment off the stage.  He went on rant about the fact that they should have been the headliner of the concert.  The Irving Police Department had enough of his appetite for destruction, and profanity.  Axle had to stop using his illusion and ended up in the Irving jail charged with public lewdness and destruction of property.  This alone is enough to block them from the Hall of Fame.  It’s okay if a musician doesn’t like another musicians music, but it’s not okay for them to disrespect another musician.  The Hall is about honoring musicians.  I believe that in order for you to be honored, you should have to be honorable.  GNR’s  brevity of career, lack of a significant body of work, and their attitude toward other musicians make them a poor choice for the Hall of Fame.  Shame on the voters and shame on the Hall of Fame.  Congratulations to all the other inductees.  They are all worthy candidates.

It’s my opinion.  I could be wrong.  What do you think?

I taught myself how to play the piano and read music when I was 9 years old. I've been been consumed by music ever since. I majored in Piano performance in College and I still play, although not as well as when I had time to practice 4 -6 hours per day. This blog is about music. Music is the sound track of our lives. All it take is one song, one composition; and we are transported across time and space. I think it was Beethoven that said: "Music is the landscape of the soul."
View all posts by John →
This entry was posted in Life Events, Rock Music and tagged Arrowsmith, Freddie King, Guns - Roses, Red Hot Chili Peppers, Rock and Roll Hall of Fame. Bookmark the permalink.

3 Responses to Guns and Roses??? Really, Rock and Roll Hall of Fame?