Basically Beethoven is a big hit in Dallas… 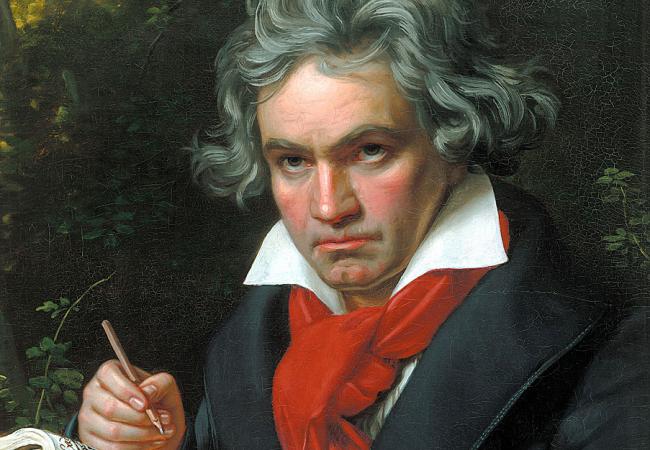 I just got back from the final performance of this years Basically Beethoven festival.  The Basically Beethoven festival is an annual event every July.  The principal organization that is behind the event is The Fine Arts Chamber Players.  The first half of the program featured 3 young students from the Suzuki Institute of Dallas.  An 8 year old boy played the first movement of a Haydn Sonata, a 9 year girl played Csardas by Vittorio Monti, and a 14 year old boy played the Ballade No. 4 in F Minor, Op. 52 of Chopin.  It was an amazing display of talent by some very young and very seasoned performers.

Another great thing about this concert was the attendance.  There were probably more than 400 people there and they were from all walks of life and age groups.  It was great to see so many young people at a concert of this type of music.

After the intermission the Aeolus Quartet took the stage.  The Aeolus Quartet is a fairly new group that was formed in 2008 at the Cleveland Institute of Music.  (By the way, before they performed they announced that they were all also Suzuki school graduates.)  They are already making a big name for themselves.  They took their name from the Greek god Aeolus who was god of the wind.  An interesting name for a group of string players.

The first piece they performed was by an American composer named Michael Torke (b.1961)  Torke studied composition at Yale University where he emerged as a major force in the “post-Minimalism” movement.  At the very young age of 23 he launched his professional career.  He has written scores for the New York City Ballet, the New York Philharmonic, and the Royal Scottish National Orchestra as well as other commissions.   The composition was called “Corner in Manhattan.  It is a descriptive composition of a three way intersection near Tocke’s home in New York. The first movement is called “Sixth Ave. in the Afternoon”, the second is called “Bedford St. at Night”, and the third movement is called “Houston St. in the Morning.”

Usually contemporary compositions send most audiences scurrying for the exits.  This however was a very easy piece to listen to.  In the first movement you could really hear the rushing of traffic and people on the streets.  The second movement was quiet and very melodic.  It featured a haunting melody that was passed from player to player.  The last movement was descriptive of a city slowly waking up.  The starting and stopping of cars, the constant but irregular noise that slowly builds until finally the day begins.

The piece received a spirited and accomplished performance.  The quartet played as one person in perfect symmetry.

The featured work was the great masterpiece of Beethoven:  String Quartet No. 15 in A minor Op. 132.  This quartet was finished in 1825; just two years before Beethoven’s death.  He had been extremely sick and even his Doctor thought Beethoven might not recover.  Although the quartet is not programmatic (like the Torker piece) , it does mirror Beethoven’s feelings of near death, recovery, and renewed hope for the future.  Just like the 5th and 9th symphony the quartet takes a journey from darkness to light.

When the quartet started quietly,with great mystery and foreboding; I thought it sounded more modern than the Toche composition.  I believe I see the seed of every Mahler Symphony in this quartet.  First there is the way Beethoven repeats the exposition differently every time it appears.  He expands and modifies the Sonata Allegro form to the point that it is almost unrecognizable.  Transition sections sound like mini development sections.  The recapitulation occurs in a totally different and distant key.  The linear line of the music is far more important than the vertical structure.  Tonality is beginning to erode.  This movement received a dense and intense performance of high musicality.

The second movement surprisingly is not a Scherzo but more of a minuet.   Here is Mahler’s inspiration for all the Landlers in his symphony’s.  The Aeolus quartet had a great sense of the description Beethoven attached to the movement “Allegro ma non tanto”. (Meaning “Fast but not to much”).   You could easily feel the momentum of the minuet.

The heart of this masterwork is the third movement Adagio.  Again Beethoven blazes the trail for Mahler with this stunning, long, beautiful Adagio.  Beethoven attached a tittle to this movement that translates:  “A Holy Song of Thanksgiving to the Divinity, in the Lydian Mode.”  Lydian mode is just like the scale of F major except the note of B is not flat.  In other words, you would play in the key of F but use only the white keys.  It is an ancient church mode that goes back to the days of Gregorian Chant.  In this movement the Aeolus players cast a spell upon the audience.  I was transfixed and transported into a world of complete and heavenly beauty.  When the movement ended I could tell I was not alone. There was one of those rare moments when a movement ends and total silence was all one could hear.  Not a paper rattled, not a chair squeaked, not a person coughed, etc…  Total silence as the spell of this great performance died away in the performance hall.

The last two movements are joined by a violin recitative that is featured in the first movement.  The fourth movement is a very short march (Again a feature of several Mahler Symphonies.)  The brief march leads directly into the finale.  This movement was originally intended to be the last movement of the 9th symphony, but Beethoven abandoned it for the Choral finale that the 9th now ends with.  In this movement the music takes us through the catharsis that ultimately leads to Triumph.  The Aeolus quartet was more than up for the challenges as they easily scaled the mountaintop of music making.  Overall their playing was laser sharp and musically brilliant.  I expect we will be hearing more and more from this group of wonderful talented musicians.

Congratulations to the festival, the Fine Arts Chamber Players, and to the many people that came out to hear great music wonderfully played on a VERY HOT SUNDAY AFTERNOON!

I taught myself how to play the piano and read music when I was 9 years old. I've been been consumed by music ever since. I majored in Piano performance in College and I still play, although not as well as when I had time to practice 4 -6 hours per day. This blog is about music. Music is the sound track of our lives. All it take is one song, one composition; and we are transported across time and space. I think it was Beethoven that said: "Music is the landscape of the soul."
View all posts by John →
This entry was posted in Life Events, Live Performance Reviews and tagged Aeolus Quartet, Basically Beethoven Festival, Beethoven, Corner in Manhattan, Fine Arts Chamber Players, Michael Torke, Quartet No 15 in A Minor Opus 132, Suzuki School of Dallas, Texas Discovery Gardens. Bookmark the permalink.